Inside King Charles’s Coronation and What Will Happen


King Charles recently ascended the throne following his mother Queen Elizabeth’s death—and while he became King of England the moment she passed away, his coronation hasn’t taken place yet. That said, it’s been planned for years because the British royals are clearly very on top of things. According to the Daily Mail, there are “binders and binders” of paperwork on Charles’s coronation ceremony, which has been code-named with the not-at-all extra and over-the-top “Operation Golden Orb.” It sounds like the name of a YA book series, but let’s go with it! 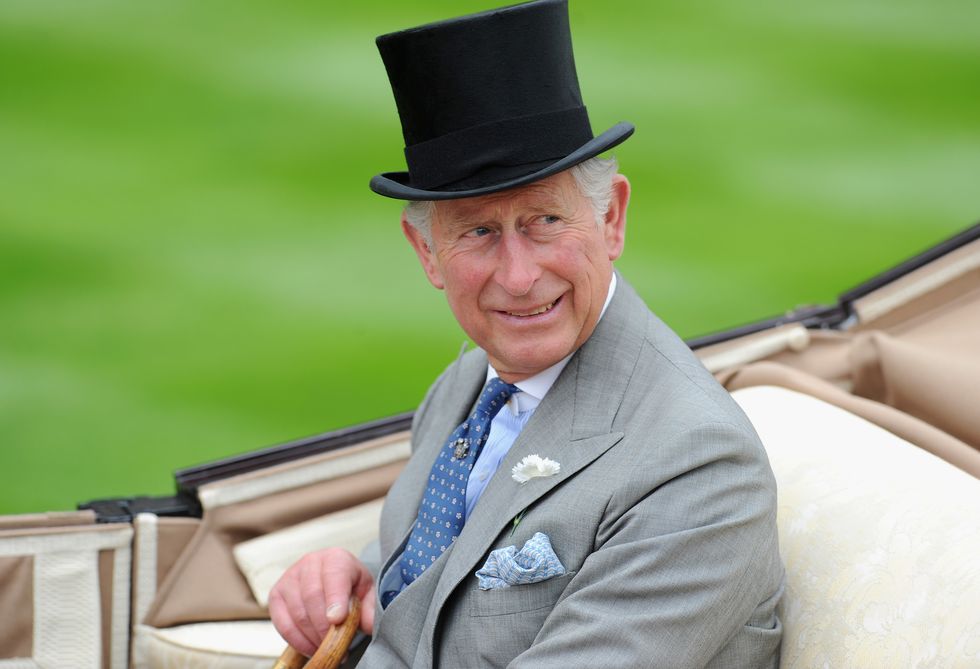 “It’s very complex,” a source told the Daily Mail back in February 2022. “The Golden Orb committee used to meet twice a year, but now they’re meeting much more frequently, sometimes once a month. Compared to the last coronation, there will be a lot less fuss. Last time, special green chairs were commissioned and guests were able to have them delivered to their homes afterwards. You won’t see that sort of thing this time.”

While the palace has denied those specifics (saying, “There are no plans of this nature at this stage”), we *do* have a good idea of what Charles’s coronation will look like. Mostly, and somewhat ironically, thanks to the royal family’s own website.

Coronations Have a Strict Set of Standard Procedures

The royal website notes that the coronation ceremony “has remained essentially the same over a thousand years,” so basically, the vibe is: If you’ve seen one, you’ve seen them all. That said, most of us have never seen one, so Charles being crowned king should be pretty exciting! Some things to look out for: 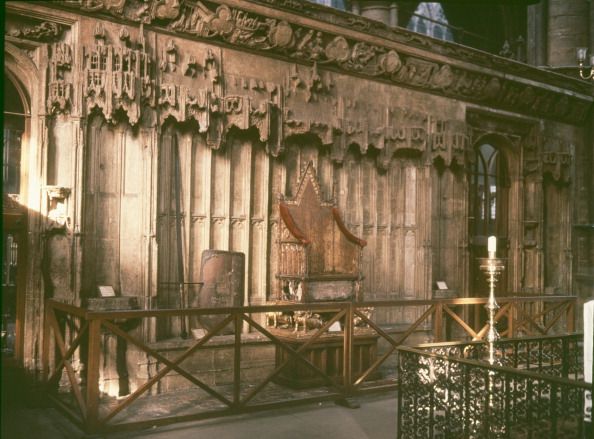 We Finally Have a Coronation Date

Per the New York Times, King Charles’s coronation will take place on May 6, 2023, which is roughly just over seven months from now. So, why the delay? Two reasons: (1) there’s a suitable period of mourning, and (2) planning a coronation ceremony is a huge deal that takes forever.

That said, a source told the Daily Mail that Charles’s coronation will happen within a year of his accession.

Literally Everyone Will Attend

Aside from the royal family, Charles’s coronation will be attended by royals from around the world, as well as reps from the Houses of Parliament and “leading citizens” from Commonwealth countries. It’s basically like a royal wedding, only 10 times more intense. Although apparently, Charles also wants to limit the guest list to 2,000. So, you know, just a cozy chill night.

Duchess Camilla Will Also Get Crowned

Back in February 2022, the Queen announced that it was her “sincere wish” for Camilla to be named Queen Consort upon Charles ascension, which created some controversy, as usual. But this does mean that Camilla will be crowned in a “similar but simpler” ceremony, as is tradition. Note: While Camila will be a Queen, she won’t be THE queen (aka a Queen Regnant) and therefore will not share King Charles’s sovereignty. 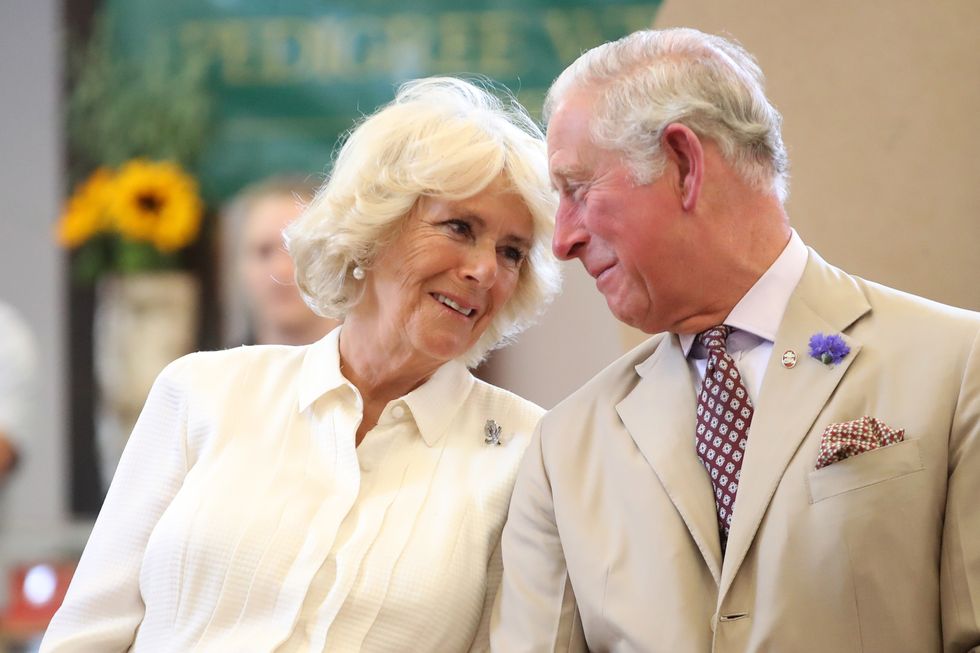 The royal’s website notes that the oath has changed a bit over the years, but here is what Queen Elizabeth literally said during her coronation:

Archbishop: Madam, is your Majesty willing to take the Oath?

The Queen: I am willing.

The Archbishop: Will you solemnly promise and swear to govern the Peoples of the United Kingdom of Great Britain and Northern Ireland, Canada, Australia, New Zealand, the Union of South Africa, Pakistan, and Ceylon, and of your Possessions and the other Territories to any of them belonging or pertaining, according to their respective laws and customs?

The Queen: I solemnly promise so to do.

The Archbishop: Will you to your power cause Law and Justice, in Mercy, to be executed in all your judgements?

The Queen: I will.

The Archbishop: Will you to the utmost of your power maintain the Laws of God and the true profession of the Gospel? Will you to the utmost of your power maintain in the United Kingdom the Protestant Reformed Religion established by law? Will you maintain and preserve inviolably the settlement of the Church of England, and the doctrine, worship, discipline, and government thereof, as by law established in England? And will you preserve unto the Bishops and Clergy of England, and to the Churches there committed to their charge, all such rights and privileges, as by law do or shall appertain to them or any of them?

The Queen: I will.

Prince Harry Might Not Attend If It’s at Westminster Abbey

Which it likely will be given this is the traditional location. But the reason Harry may choose not to attend is pretty understandable: Westminster Abbey is where Princess Diana’s funeral ceremony was held.

In the wake of the Sussexes’ bombshell Netflix docuseries, royal biographer Angela Levin tells The Sun that William may prevent Harry from attending the coronation—noting that the spotlight will need to remain on Charles and “If they do come it will be all about them. I think William will say ‘absolutely not you can not come.'”

The Royal Balcony Appearance Will Officially Be “Slimmed Down”

The royal family is pretty huge, and the Daily Mail reported a while back that Charles could have a super slimmed-down show of royal support on the Buckingham Palace balcony after his coronation. In case you aren’t aware, the royals love nothing more than gathering on a balcony after a major event. Ahem:

“It will be a slimmed-down monarchy on display throughout,” a source noted. “I wouldn’t be surprised to see just Charles and Camilla, Kate and William and their children on the Buckingham Palace balcony afterward.”

Now, we have confirmation that this “slimmed down balcony” rumor is true.

Per The Daily Mail, Charles coronation will last just over an hour (Queen Elizabeth’s was over three hours!), and the guest list will be “just” 2,000. A lot of people, but nothing compared to the 8,000 who attended his mom’s coronation. Meanwhile, there will be a “more relaxed dress code” and Charles won’t be presented with, uh, gold bars. Correct choice! No one needs to see that!

The outlet previously reported that Charles wants his ceremony to be “markedly shorter and cheaper” than his mother’s was, and a source confirmed it will be “more representative of different community groups and faiths.” Love the fact that it’s going to be more inclusive!

But it’s still going to be an epic, multi-day party

On Saturday, January 21, the Palace confirmed that Charles’ coronation will be a three-day affair—and offered some new details about what the festivities will include.

“Their majesties the king and queen consort hope the coronation weekend will provide an opportunity to spend time and celebrate with friends, families and communities across the United Kingdom, the realms and the Commonwealth,” the Palace said in its January statement about the coronation (per the New York Times).

According to the NYT, the coronation celebration will kick off on Sunday, May 7, with a televised concert at Windsor Castle that will include performances from “pop and rock stars” along with the coronation choir. The festivities will also include a “nationwide series of street parties” and a huge volunteering campaign called the “The Big Help Out.”

There are *lots* of traditions when it comes to royal coronations, but Charles is reportedly planning to break one of the big ones and ditch the traditional coronation lewk (which is silk stockings and breeches) in favor of a more modern ensemble.

According to The Sun, Charles was willing to rock the silk stockings and breeches, just like his grandfather and great-grandfather did at their coronations, but his advisors talked him into making a change and wearing his military uniform instead.

“Senior aides think breeches look too dated,” a source told The Sun, which also reported that the change is in line with Charles’ desire for his coronation to represent the “modern 21st century monarchy.”

Molly-Mae Hague and Tommy Fury have revealed that they’ve called their newborn daughter Bambi, after…